New Music From The White Stripes 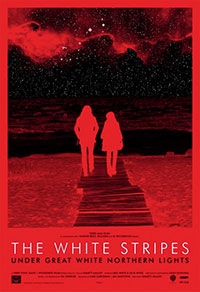 We’re thrilled to be delivering you a three song sampling from Under Great White Northern Lights, The White Stripes forthcoming 16 track live album that is being released in conjunction with the film of the same name. The songs are all taken from their 2007 Canadian Tour, recorded at various venues across the Great White North. This is the first ever live album from the band.