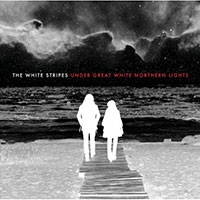 The White Stripes recently released their first live album Under Great White Northern Lights and a film of the same name. This release documents the band’s journey through Canada to celebrate the release of Icky Thump and the 10 year anniversary of the band. The record showcases one of the best live acts over the past decade with powerful versions of songs from their fantastic catalog. We’d love for you to be spinning this new record at your station.