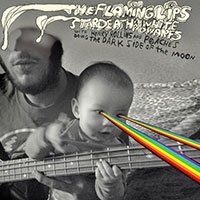 The Flaming Lips and Stardeath and White Dwarfs just released their cover version of Pink Floyd‘s Dark Side of the Moon on limited edition seafoam green vinyl on Record Store Day. The CD just came out and we are sending it your way.

FCC warning on tracks 1 and 5.