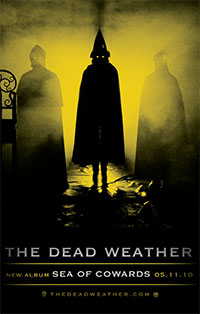 This past Thursday, The Dead Weather and late night television host Conan O’Brian recorded a rock-heavy show at Jack White’s Third Man Records.Third Man has a concert space as well as reel-to-reel recording equipment and their Thursday night performance featured comedic renditions of rock classics like Elvis Presley’s “Blue Moon” to Willie Nelson’s “On The Road Again.” Whiteand O’Brian plan to release a vinyl album of their collaboration.

The Dead Weather’s performance at Bonnaroo Music & Arts Festival this past weekend was one of few shows selected to appear on the Bonnaroowebcast. If you weren’t able to make it to the festival be sure to check out their performance online here.