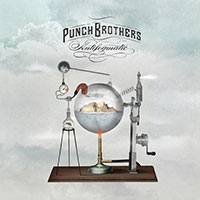 Thanks to all of you who have supported the Punch Brothers’ recent release,Antifogmatic.  It turns out you’re not the only ones who love the band’s inventive brand of rock: American Songwriter gave the album a 4 star reviewand the New York Times calls it “…as radical as progressive bluegrass (ornewgrass, or new acoustic music) can be, with chord progressions that can veer sideways at any moment, changeable meters and interludes that can hint at hoedowns or turn as contrapuntal and dissonant as chamber music.”

The band has also embarked on an extensive tour that will see them hit every corner of the country at some point this year (dates here).