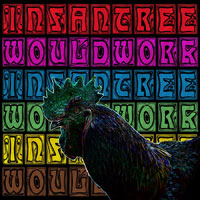 We’re proud to be sending you music from Infantree. This young quartet of multi-instrumentalists is set to release their label debut Would Work on Neil Young‘s Vapor Records on September 14th. The album was produced by longtime Neil Young collaborator Niko Bolas and was recorded in the legendary Studio 1 at Sunset Sound in Hollywood. We’ll be sending you the full album soon, but we wanted to get you a sneak-peak with the track “Speak Up”. Click here to watch Infantree’s video for “Speak Up” that was shot out in Austin, TX during SXSW earlier this year.