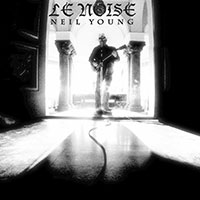 Le Noise, the latest release from rock legend Neil Young, is being praised as his best work in years!

“The album is full of those kind of unexpected juxtapositions, a stunning statement from an artist who shows no signs of slowing down.” –Chicago Tribune

“By turns mellow and heavy, personal and abstract, Le Noise encapsulates nearly everything that you’d want or need from a Neil Young album, and does so in a novel yet organic way.” –PopMatters

“Le Noise is also the most intimate and natural-sounding album Young has made in a long time: just a songwriter making his way through a vividly rendered chaos of memoir, affection and fear.” –Rolling Stone