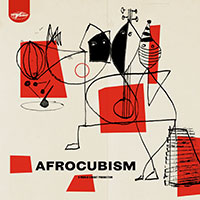 More than a decade later, the musical concept that spawned The Buena Vista Social Club finally comes to light with AfroCubism. In 1996, producer Nick Gold set out to fuse the sounds of Mali’s finest musicians with Cuba’s most brilliant singers and instrumentalists in one dynamic recording. Due to unfortunate circumstances, however, the Malian musicians were unable to make the journey across the Atlantic. Gold made due with the Cuban musicians, recorded “The Buena Vista Social Club“, and World music history was made. 16 years later, Gold’s vision finally comes to fruition in the form of AfroCubism, an album that throws elements of Cuban and African music in the air and lets them fall in entrancing new patterns.