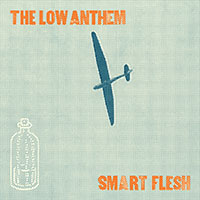 The Low Anthem has been causing quite a stir at radio and television. Recently, the band performed on the Late Show with David Letterman as well asSoundcheck on New York public radio station WNYC. Indie music blogVisibal Voice says of the group: “The Low Anthem were already my favorite band, and they’re only getting better. Based solely on this sneak peek, Smart Flesh is going to be hard to top as my album of 2011″.

Last week we digitally serviced to you the sampler for Smart Flesh, going for adds 1/17 & 1/18

You can watch The Low Anthem perform “Ghost Woman Blues” on the Late Show with David Letterman here.