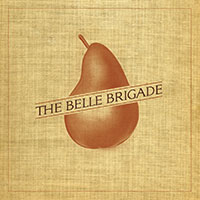 Last week we digitallly serviced an album sampler of The Belle Brigade’s self titled record. Though this is their debut, the group is already receiving accolades from Filter Magazine, KCRW, LA Weekly, and LA Times. The group will be on tour starting April 7th through early June as they open for G. Love and Special Sauce on their North American dates. The full length comes out April 19th but you can get a sneak peak right now!