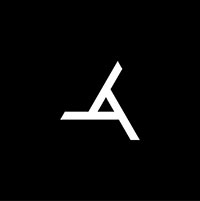 After 6 years, 400 Blows are back and are about to blow your ears and mind with their new album Sickness and Health. To kick off this release, the band is releasing their single “We Killed Like Champions” which recently debuted onDecibel Magazine. Singer and founding member Skot Alexander has made some changes to the band line-up since their last album, 2005’s Gold Standard Laboratories’ release Angels Trumpets and Devil’s Trombones. On guitar now is riff master Scott Martin (Crom/Big Business) and the equally legendary drummer Kevin Fitzgerald (Circle Jerks ). 400 Blows gained notoriety throughout Los Angeles and beyond when they started in 1997 with their menacing stage presence which led them to peforming around the world. Sickness and Health will be released on CD, vinyl (w/ free download), and digital formats August 23rd onORG Music. Catch them performing on August 27th at Sunset Junction in Los Angeles, CA where they will be sharing the stage with Helmet, The Melvins, Butthole Surfers, Art Brut and more! Download the single below and keep your finger on the 400 Blows pulse: