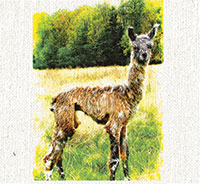 These are exciting times for Strange Markings, the LA-based band whose cinematic indie-rock sound is quickly being discovered by the music world. On June 21st, they released their very first music video. Only a day later, on June 22nd, they celebrated the release of their debut album Lightly Asleep with a well-attended record release show at The Silverlake Lounge.