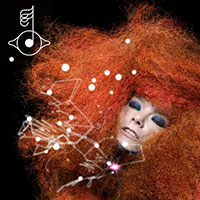 Björk’s US release date for her upcoming album Biophilia has been pushed back from September 27 to October 11, which means Björk will be going for adds two weeks later than we anticipated.

On the bright side, you can still check out our other records, including music from 400 Blows (album of the month on Vice), The Barr Brothers (9.2/10 fromThe Wild Honey Pie), and We Are Augustines (4 stars from CoS), as well as all of Björk‘s released singles and remixes off of Biophilia.