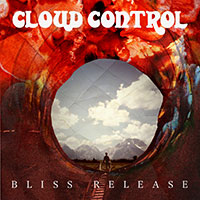 Bliss Release is the debut album from Australian Indie outfit Cloud Control. The band sews a wide palette of influences together to create a truly original tapestry of aural delight. Dreamy Psych Pop, Country, Folk and Soul are only scraping the surface to describe the sound of this truly unique band. The album features the incredibly successful single “Gold Canary,” being hailed as “one of the best Australian singles of the year” by tastemakers Mess & Noise. The album won theAustralian Music Prize (the Australian equivalent to UK’s Mercury Prize) which led them to playing with bands like The Weekend, Vampire Weekend, Arcade Fire, & The Drums.