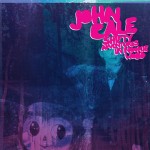 As we mentioned previously, John Cale‘s latest solo offering, Shifty Adventures in Nookie Wood is available and going for adds this week. If Cale‘s impressive list of production credits and collaborations with an assortment of classical, avant-garde and pop artists is not enough to prompt a journey into the depths of Nookie Wood, perhaps a description of the album’s creative trials will. For his latest release, Cale spent days experimenting with MPCs, pounding fists onto pianos, manipulating glitches and incorporating lots of the signature viola drone reminiscent of his earlier minimalist experiments with LaMonte Young and a band called the Velvet Underground.

The record’s lead single, “I Wanna Talk 2 U“ is aptly described as a “blending of chaos and beauty” – the product of a spontaneous session with Danger Mouse that expands off ideas from a previously unfinished collaborative track with ambient heavyweight Brian Eno. Ultimately, the track is a dark blending of Motown and disco, meant to evoke an “old-school Detroit vibe.” This brooding opener is a perfect introduction to an adventurous record marked by the memorable tension between the “experimental and the accessible” found in Cale‘s discography of solo recordings.