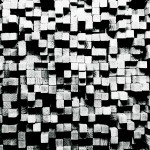 For years, Earlimart have paired lush, lovely acoustic guitar songwriting with disenchantment. On their new album System Preferences, Earlimart refer to the music they formed on their six prior releases and touch on the disillusionment with and acceptance of: technology, complex relationships, and lost weekends. The band’s sonic dichotomy is similar to that of the central California city the duo takes their name from, which lies exactly between where band member Aaron Espinoza grew up and where he currently resides in Los Angeles. Consisting mainly of wide-open spaces, the town could be seen as quaint to some and frustratingly desolate to others – compelling one to either add something ugly to its serenity or highlight its tranquility. The new album also showcases Espinoza and bandmate Ariana Murray as confident as ever – both as songwriters and producers. On the band's first single "97 Heart Attack", Espinoza and Murray's calm vocals, reserved guitar strumming, and stomping rhythm make for a resounding listen. As the song continues, a sweeping guitar noise interjects in between each line, proving the group isn't completely at peace with their surroundings. “10 Years” quietly builds from a washy guitar and baroque keyboard to Murray’s soaring vocals, which pulls you back from taking off as she whispers “I’ve got nothing without you”. Starting with an MPC machine and Murray’s coyly optimistic vocals, “Get Used to the Sound” ends with a dreamy layering of keyboard and guitar, which makes for one of the album’s most upbeat tracks. Recorded at Espinoza's studio in Los Angeles, The Ship, and self-released under the label of the same name, System Preferences is a lovely soundtrack for a sad, beautiful world.