Devendra Banhart Going for #1 – Under the Radar Magazine Album Review 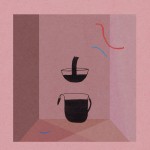 The latest from Devendra Banhart is close to accomplishing something that none of his other releases have done: reach #1 at CMJ! His album Mala has stations and critics buzzing over its sharp lyrics and low-key arrangements that still harkens back to his early Tropicalia, lo-fi folk recordings. Under the Radar reviewed the record, calling it “his best album in nearly a decade” and comparing its production style to “Beck‘s Sea Change or The Velvet Underground“. Read the full review here. Be a part of the stations that help Devendra Banhart reach a new milestone with Mala.