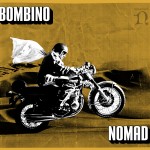 Bombino‘s new record Nomad barely went for adds last week and it’s already making an impression with CMJ stations. The Dan Auerbach-produced release was initiated by The Black Key after he saw a video of Bombino performing in front an avid hometown crowd. Shortly after, a trip to Nashville was booked and less than two weeks later, the American South and African North had come together and recorded Nomad. The LA Times notes that the record is a great document for not only fans of foreign music, but anyone who appreciates a virtuosic guitar player. Auerbach told the LA Times, “He would triple his guitar leads, and he’d do it note-for-note, first take. It sounds massive…” Read the review here. Get behind this monumental record and make Bombino a debut this week.