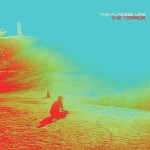 The new Flaming Lips is picking up steam at CMJ. Many stations have it on deck on their Radio 200 playlists, which is sure to give it a peak on the charts this week. The record carries themes familiar to those that have heard the band’s other 12 records such as existentialism and death, only the group has been pushed to explore these themes in a new light, or lack thereof. In a rave review of The Terror, Consequence of Sound share that the record is thrilling because it “reveals a band that doesn’t mind sacrificing all they’ve earned for a fresh thought.” Read the full review here. Be part of the stations that give The Terror a new peak this week!