New Music From Tom the Lion – Digital Servicing Only 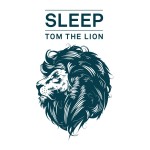 The debut single, “Sleep”, from Tom the Lion marks the rise of an outstanding new British voice. Playing in bands since the age of 15, Tom the Lion eventually found himself tinkering with songwriting by himself in his London flat, ultimately falling on the ears of the ever-influential support of Rough Trade Records. After a successful run of a limited, highly collectible double vinyl 10-inch EP, he was ready to get to work on his debut album, scheduled for release this summer. From the opening fingerpicking & distant melodies of the lead single “Sleep”, the allure of his songwriting is instantly evident. Percussive and atmospheric layers intertwine around one another until they join for the song’s uplifting chorus.