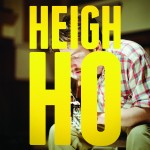 Blake Mills began his musical career as the guitarist / co-founder of the group Simon Dawes. After a few years, the group fragmented and Mills became a touring musician for Jenny Lewis while the rest of the group ultimately formed the renowned Dawes. Now, after serving as a session musician for Conor Oberst, The Avett Brothers and his frequent collaborator, Fiona Apple; and producing records for Sara Watkins, Sky Ferreira, and Alabama Shakes – Mills is ready to release his second album, Heigh Ho.

Blake Mills succinctly summarizes the purpose of his newest album, Heigh Ho, in two lines during the Fiona Apple collaboration “Don’t Tell Our Friends about Me”: “all your enemies and friends, they all tend to judge/while I write songs that help me deal with issues.” Unobscured by contrived metaphors or long-winded poetry, his straightforward lyricism helps establish a bittersweet atmosphere by recounting all of the abandonment, heartbreak, remembrance, regret, hope, and acceptance that informed Mills‘ songwriting. Heigh Ho is constructed from ideas with clear and obvious origins, but executed in a uniquely sincere way thanks to the help of his incredible team of producers and collaborators. Celebrated studio musician Jon Brion (Kanye West, of Montreal, Best Coast) provides keys and additional strings on “Just out of View,” and “Don’t Tell Our Friends about Me.” Other collaborators include Don Was (Ringo Starr, Brian Wilson, Bob Dylan), drummer Jim Keitner (Elvis Costello, Neil Young, John Cale), and highly sought-after contemporary composer Rob Moose (member of Bon Iver and arranger for The National, St. Vincent, Interpol, The Decemberists). Heigh Ho maintains a spacious, acoustic feeling that perfectly confronts the ‘goodbyeness’ inherent to the human experience and channels it into a gloriously affective piece of art.