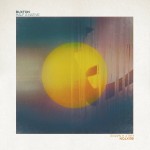 Houston five-piece Buxton is releasing their third studio album, Half A Native. Known locally for their rustic sound, Buxton’s music thrives as an innovative blues-rock-psych counteraction to a largely hip-hop and country dominated Texas music scene. “I’m on the outside looking in,” Trevino croons on the sweeping album opener “What I’d Do,” his warm drawl scaffolded by Justin Terrell’s airy drumming, and slow-burning electric guitar. Half A Native is a record of growth and progress, with added elements of jangly-psych, honky-tonk, ambience and distortion; making it Buxton‘s most realized album to date. Buxton left the comfort of home to develop their songs into a cognizant album with fabled producer/engineer Thom Monahan (Devendra Banhart, Vetiver, Beachwood Sparks, Jonathan Wilson). The band is proudly not tied to one style or idea, their album spans from sentimental to psychedelic to downright silly. Wondering Sound premiered the single “Icebreaker” naming it  “a frantic, dissonant track with plenty of twang in Trevino’s voice, and hints of psychedelia in its echoing guitar lines.” Dusty tones, shuffling rhythms, and lonesome acoustic affairs laced with themes of identity, love, hybridity, and displacement make up Buxton’s Half A Native, a musical journey that should not be missed.

RIYL: The Donkeys, The Growlers, Woods, The War on Drugs, Nick Waterhouse