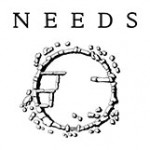 The members of NEEDS, the Vancouver-based post-hardcore band with song titles like “We Forgot the Records to Our Record Release Show” and “The Only Good Condo is a Dead Condo,” are no strangers to chaos. “So far nothing really is off limits, but we’ve been working on what we call controlled chaos,” bassist Glenn Anderson told Vue Weekly about singer Sean Orr‘s onstage antics that include “smashing the living s–t out of a pineapple, cutting his hair with a pint glass and stuffing fried chicken down his pants.” Read the full feature on the band, including another choice quote from Anderson, here.

NEEDS has been on tour this summer, and now we have an idea of what they’ve been jamming in their own van. Guitarist Colin Spensley recently posted a mix of those songs to his Mixcloud account, including 12 songs from the likes of Beat Happening, Soft Boys, and even OMC. Dig into the mix right here.