Zella Day Jams in the Van, Gets Featured in the New York Times – Climbing at CMJ 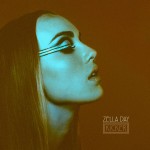 Zella Day went to Austin for SXSW a few months ago and filmed a session with Jam in the Van. That solar-powered music discovery vehicle has been filming intimate performances with musicians all around America for more than three years, and Day dropped by to contribute a performance of standout tracks “1965” and “Hypnotic.”  Watch the colorful, charming result below, and read their feature here.

Day’s album Kicker has been featured in the New York Times, which compares the Arizonan singer-songwriter to Lana Del Rey but notes that “her music is far more fortified” than Del Rey’s. The Times describes her “booming drums that pace each majestic chorus… orchestras… [and] massed keyboards and guitars,” under which there is “a hint of genuine darkness.” Read the full review here. Kicker by Zella Day climbed yet again on the Radio 200 chart, landing at #62. Give the record some extra support over the holiday weekend.