The Flaming Lips Go For Adds 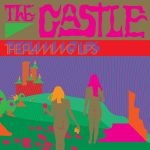 Oczy Mlody, the highly-anticipated new album from The Flaming Lips, is being released early next year. Three-time Grammy-Award winners, the band is one of the most enduring, influential, unpredictable, and universally respected groups of their generation or any other. They have been cited as the ultimate live attraction and life-affirming festival band who continue to dazzle audiences with their over-the-top, maximalist, high-energy onslaught on the senses. Produced by longtime Lips collaborator Dave Fridmann, Oczy Mlody follows 2014’s With A Little Help From My Fwends – a star-studded track-for- track tribute to The Beatles’ Sgt. Pepper’s Lonely Hearts Club Band that featured special guests My Morning Jacket, Miley Cyrus, Moby, Phantogram, Tegan and Sara, and many others – and is the Lips’ first full LP since acclaimed 2013 release The Terror. On Oczy Mlody, the Lips return to form with an album that is no less experimental in nature than their recent output but is perhaps more melodically song-oriented, recalling the best parts of their most critically applauded albums The Soft Bulletin and Yoshimi Battles The Pink Robots.

Lead single “The Castle” in an enticing introduction to the album, featuring ethereal instrumentation built from a sonic palette that will remind fans of the band’s Clouds Taste Metallic days. Over a subdued beat, accompanied hits of digital distortion and moments of arpeggiated bliss, band leader Wayne Coyne sings imagistic lyrics about a girl whose “face was a fairy tale.”