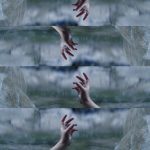 IMPOSE has the premiere of “Ae’aea,” the new song/video from Canadian experimentalist Wallgrin. The video, which is the fourth release in File Under: Music‘s excellent One Song At A Time series, was directed by Matt Leaf and “begins with a thundering waterfall, setting the dramatic tone for the song and its visual counterpart. As Wallgrin’s gorgeous vocals float over the notable, throbbing percussion, she almost floats across the fallen leaves in a thick, green forest, the beautiful foliage – and notable aluminum cape – surrounding her.” The video is almost as engaging as the song, which features vocalist, composer, and violinist Tegan Wahlgren engaged in sonic histrionics that must be heard to be believed.

Read the feature here, and watch the video below.