Nico Muhly and Teitur, Featured by The Atlantic, Make a Strong Debut at Radio 200 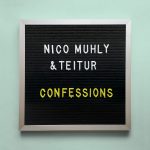 Last fall, The Atlantic chose “Describe You” by Nico Muhly & Teitur for a Track of the Day feature. The magazine describes Confessions, the duo’s new LP released on Nonesuch Records last year, as “a quirky, charming mix of songs combining Teitur’s winsome voice and Muhly’s baroque string textures.” Check out the feature, and hear the song, here.

Confessions is a unique record that juxtaposes new and old as well as ornate and banal. Stations around North America are slowly-but-surely falling in love with the LP, and a surge over the holidays propelled the October release to a #74 debut last week at Radio 200. If you’ve yet to spend some quality time with the album, give it some attention this week and get it spinning at your station!