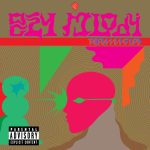 In a recent interview with Salon, The Flaming Lips‘ Wayne Coyne was dismissive of the idea of his band’s importance, telling the site that “it is just music after all… It’s not like we’re trying extract some bacteria from a dying infant’s brain in one long move… This is easy compared to real jobs, hard jobs.” Coyne may enjoy playing coy, but it’s clear from Salon’s piece that the Lips are a bit more significant than he’s interested in letting on. Go here to read the extensive conversation, which is prefaced by a history of the iconic band and which delves into many aspects of new LP Oczy Mlody.

Writing about that album, Relix says it shows that the band has “veered back toward their sonic sweet spot” after 2013’s dark The Terror with “a whirlwind of Krautrock synthesizers, programmed hip-hop drums, and lush space-pop production that nods toward their back-to-back masterpieces The Soft Bulletin and Yoshimi Battles the Pink Robots. Read the whole review here.

After being the #1 most-added album at CMJ last week, Oczy Mlody is surging on the charts and reached a new peak at #3 this week. Get it on your charts and help send the Lips to #1!