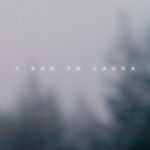 Kan Wakan is Gueorgui Linev—the producer, composer, synthesizer scientist, film score fanatic, and multi-instrumentalist whose highly-acclaimed full-length debut Moving On dissolved the genre-breaking electronica of Massive Attack, Air, and Zero 7 into a bottomless sea of 20th century minimalism, psychedelic soul, and ambient atmosphere. It’s been three years since the release of Moving On, and the Bulgarian-born musician from Los Angeles has been busy in that time. He’s begun working with others and has created music with the likes of the Sofia Philharmonic Orchestra, Arctic Monkeys, and Moses Sumney, whose Linev-produced track “Lonely World” featuring Thundercat was recently named among 2016’s 100 Best Tracks by Pitchfork. He’s also been crafting Phantasmagoria, an upcoming three-LP collection of enveloping, slowly developing songs featuring vocals of multiple guest singers that is due in the next few months.

Kan Wakan’s recent Molasses EP collected four of those songs, each sung by his close friend Elle Olsun, and now he returns with an additional single- this one featuring the vocals of Rachel Fannan (Only You, Sleepy Sun). The new track starts with melancholy piano chords and Fannan’s alluring vocal, building upon the ruminative nature of Molasses‘ nighttime electronica before a large, jazzy orchestral coda develops to envelope and enchant listeners.

“The fresh single showcases the blend of organic and electronic production Kan Wakan has honed over the past few years.” –Consequence of Sound