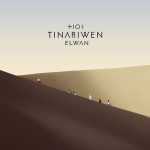 The Observer, a student-run paper serving the communities at Notre Dame and St. Mary’s College in Notre Dame, has reviewed Tinariwen‘s new album and called it “a masterpiece of grassroots protest music.” Contrasting Tinariwen with other musicians who seek to be activists with their art, the paper calls Elwan “real protest music” made by musicians “whose very existence is an act of rebellion.” In addition to being a testament to the human spirit, the review states, the album also “demonstrates the group’s inimitable talent of fusing traditional sounds with elements of popular music, creating songs that are widely accessible without sacrificing the group’s ethnic identity in the process.” Check it out here.

The A man A plan A canal crew went out to see Tinariwen last week at The Fonda Theater in Hollywood, and we were hypnotized by their bluesy desert grooves. Don’t miss the band when they come near your hometown.