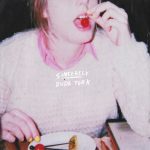 Dude York is on a roll. Their new album, Sincerely, spent time in the Top Five at NACC, and they’ve just wrapped up a successful North American tour that included a wild spree of SXSW dates. But while they may refer to themselves as “America’s Band,” the trio still calls Seattle home. They recently appeared on Seattle’s KEXP for a live set, performing five songs from the album and chatting with Audioasis host Sharlese Metcalf – who is clearly a longtime fan of the group! The performances are scorching, and the interview section will be illuminating for any fan who is curious about the history of the band as it experiences its breakthrough moment.

Check the whole video below.