The Barr Brothers Tell Jambase About Their Full-Album Shows 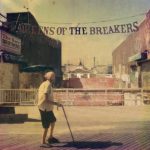 The Barr Brothers recently completed a three-night stand in San Francisco during which they played each of their trio of albums from start to finish. It was the band’s first attempt at such a feat in the United States, after doing it in both Montreal and Toronto earlier this year. Jambase caught up with the band before the shows to discuss the experience. According to Brad Barr, “The demand on our mental resources is greater than when we’re just touring from city to city, playing a similar set night to night. When touring, your moves become familiar — transitions, open spaces, dynamics. Playing three different shows over three nights requires a bit more left brain calisthenics. I underestimated how taxing it can be. Now I do word jumbles for an hour a day.”

Read the full interview here, and visit our download site to get the Barrs’ most-recent album Queens Of The Breakers.