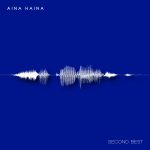 Pure Grain Audio has premiered the video for Aina Haina‘s “Don’t Need Your Love,” which is one of the catchiest songs on their new LP Second Best. According to the site, the band produces “punchy alt-rock.”

Pure Grain Audio has a quote from video director Christopher Coats, who gives interested readers an overview of the process behind the clip’s creation. The video juxtaposes shots of the band playing the song with images of them in the outdoors of the Pacific Northwest. See it here. Second Best is at radio now.