Treble Chooses Nérija’s Blume As Album Of The Week 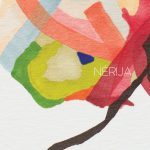 The full-length debut from London jazz septet Nérija “sounds like a group of incredibly talented friends—all of them women except bassist Rio Kai—enjoying the shared musical space they occupy together.” This is according to Treble Magazine, which recently chose Blume for an Album of the Week feature. “That kind of freewheeling, almost comforting sensibility isn’t necessarily often present in great music. But when it is—like on Blume—the feeling is infectious.” Though the whole ensemble is awesome, the review notes that guitarist Shirley Tetteh is “frequently the glue that holds each piece together, her playing often as restrained as it is funky, and with a dreamy ambience that creates a blissfully pleasing listening experience throughout.” Read the feature here.

Blume made an impressive #110 debut on the NACC Radio 200 this week while reaching #3 in its second week at NACC Jazz. Get this vibrant and diverse LP spinning now.