The Good Ones Go For Adds 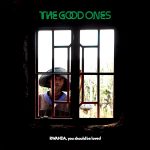 Now, the band has released Rwanda, You Should Be Loved via Anti Records. For the LP, Kazigira composed over forty songs – most meditations on his now 13-year-old daughter, Marie-Claire, and the life-threatening tumor that has afflicted her left eye. The recording was done live without overdubs on Kazigira’s farm and was imbued with emotion both from the passing of producer Brennan’s mother while they were together and on account of a founding member who had recently succumbed to his own demons. The Good Ones’ renown is evidenced by the stellar musicians who collaborated with them on the new album: Wilco’s Nels Cline, TV On The Radio’s Tunde Adebimpe, Sleater-Kinney’s Corin Tucker, My Bloody Valentine’s Kevin Shields, and Fugazi’s Joe Lally.