Bootstraps Shares “Whenever You’re Around” Clip 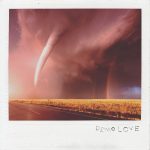 Bootstraps has released a new video, for Demo Love track “Whenever You’re Around.” The clip is directed by Sam Jaeger, a filmmaker for whom Bootstraps has done soundtrack work. “Sam was really the first person to motivate me to go into music,” Bootstraps told Songfacts. “I knew I wanted him to do a video, and that song was specific because Sam and I had talked about that before, especially with his wife, where they’d been through a lot of things, and Sam just kept coming back to the fact that just whenever she’s in the room, life feels better. So I knew he would get it, and I knew he would be able to flesh that out as a video.” Watch it here.