New Music From The Innocence Mission 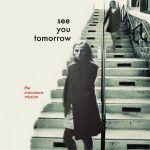 Love. Connection. Community. Understanding. Not everybody can turn these intimate feelings into song, especially not with the beauty and sensitivity of the orchestral Lancaster, Pennsylvania folk band The Innocence Mission. Led by Karen Peris and husband Don Peris, the band has spent years trying to voice the inexpressible, and Sufjan Stevens – who has covered the band – once called their music “moving and profound.” Following their critically-beloved Bella Union album Sun On The Square, they now present See You Tomorrow, a record steeped in awe and wonder, intense longing, sadness, and joy — a rich sequence of songs that attempt to describe the essence of what makes us human. The band recorded See You Tomorrow in the Peris’ basement (and in the dining room where the piano sits). Karen wrote and sang ten of the album’s 11 songs, and plays guitars, piano, pump organ, accordion, electric bass, melodica, Mellotron, and an old, prototype strings sampler keyboard.  Don contributes guitars, drums and timpani, vocal harmonies, and one lead vocal on his song “Mary Margaret In Mid-Air.” Fellow founder-member Mike Bitts adds upright bass to four songs including “On Your Side,” the album’s first single.

Album opener ‘The Brothers Williams Said’ is a perfect vehicle for Karen’s stunning, heart-rending voice, with a sparse backdrop and a lyric both moving and profound. “It’s about the sense of misunderstanding, or labelling, that can happen to people who have a quiet nature,” says Karen about the song, which also provides the album title. “I’m drawn to titles that are phrases, especially ones that seem to be a fragment from a conversation. ‘See you tomorrow’ is the phrase that turns the song around to possibility and hopefulness.” Thematically, See You Tomorrow evolves from Sun On The Square, at times touching on the major changes that happen in the life of a family, and what Karen identifies as the “intense desire to hold the present moment of togetherness.” This desire is expressed in the song “Movie,” whose arrangement echoes both the flickering of film and the rush of time and simultaneously melancholy and exhilarating, and in “St. Francis and the Future,” which relates the tiny, perfect detail of a Jan Van Eyke painting to the human longing to hold off change. Other songs aim at what Karen calls “universal concerns,” such as  “John as Well,” about wanting “to be more truly known by someone,” and “At Lake Maureen,” about wondering what other people feel during shared experiences. According to Don, “I find joy… in all of the songs. A humble recognition of challenges and hardships, the acknowledgment and comfort in knowing that they are both personal and universal, and the expression of light and hope.”

“Four Stars. Their eleventh album could hardly sound purer or more immaculate… It has a home-made, handcrafted feel and an almost impossible intimacy… Songs that feel as joyful as they are sad.” -MOJO

“Over all soars the extraordinary voice of Peris, which finds unexpected melodies in tracks which build from solid and sturdy foundations via rich and detailed arrangements. It’s time to start according the Pennsylvania trio the respect granted to fellow travelers Low and longtime fan Sufjan Stevens.” –Long Live Vinyl