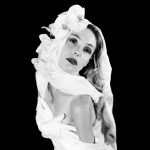 In December, Billboard premiered the video for Samantha Sidley‘s “I Can’t Listen.” The song, from her Interior Person LP, was written by Inara George about struggles with depression. Yet, according to Billboard, Sidley is “positively ebullient about the black-and-white, noir-styled video” for the song. “It feels like a movie, an old French film,” Sidley told Billboard. “This woman riding in a car, gonna get the f–k out of town, she can’t look at herself anymore… (Director Nigel DeFriez) said, ‘Can I just film you singing the song with a handheld camera?’ I said, ‘Sure, of course!’ We did it two days later.” See the video here.

Interior Person is at radio now, along with Sidley’s covers of “Somewhere Over The Rainbow” and Ry Cooder‘s “Drive Like I Never Been Hurt.”