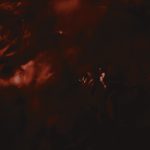 Chris Hunt is an Atlanta-based filmmaker and musician whose work often explores the intersection of the existential and aesthetic via liminal scenarios and textured sonic landscapes. As a founding member of the now defunct Atlanta band Cloudeater, Hunt established a curious and fervent pursuit of sonic exploration and intensity. As a solo artist, 2016 saw the release of Tomb I & II, a pair of starkly dense debut EPs released on Psych Army Intergalactic. In 2018 Hunt released Carnelian, which offers an emotionally delicate yet austere pathway towards 2020’s Torrent. Additionally, Hunt frequently collaborates with sonic technologist Deantoni Parks, aka Technoself as well as with visual artist Kacie Marie with whom Hunt produced 2016’s audio-visual work Silver Planet. Hunt’s production credits include Wale, vōx and Emil Werstler. Visually, Hunt has directed a pair of short films and an experimental web-series respectively titled Adiaphora (2017), Spyglass (2018) and The Instrument (2020). In 2019 Hunt began a collaboration with New York-based scholar and author Nicola Masciandaro on FIAT LUX, an unfolding series of short experimental films exploring the texture of space, color and the weird.

Recorded out on the far edge of Atlanta in 2019, Torrent mutates from soundtrack sessions for the Hunt’s 2020 film The Instrument. Carefully coaxed from fragmented source materials, Torrent offers a spectral door to undulating environments and existential landscapes. Spaces flow into one another, the light burrows in and becomes bright becomes dim becomes mosaic. Mundane pulses of dark light and medium form pools dripping from the cave. Water trails voices melt. Moments stretched and looped into becoming we are the gentle air left suspended.