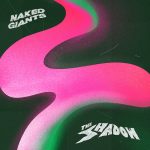 Previous to its release this August, SPIN previewed Naked Giants‘ new LP The Shadow and wrote that it “shows growth and maturity that builds on the pop-punk-grunge-surf-rock they showcased on 2018’s SLUFF and last year’s Green Fuzz EP.” The band gave the magazine some insight on the album’s title, which alludes to its themes. “The Shadow is a much more honest album than SLUFF,” they said. “We’ve come to realize that the path to becoming a better person and bringing positivity into the world isn’t always linear, and there’s a lot of growth in taking an honest look at the ‘shadow-y’ parts of life. Whether it’s personal anxiety and depression or collective guilt and trauma, there’s always a part of yourself that’s hard to confront and understand. But The Shadow is all about facing that darkness and having the strength to bring it into the light.”

Check out the article here, and get The Shadow on your airwaves and charts if it’s not already!