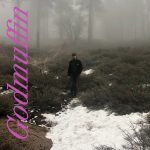 Mike Viola has come “a long way from a Stoughton teenager cutting his musical teeth playing innumerable gigs at the old Scotch and Sounds lounge at Westgate Lanes in Brockton,” notes The Patriot-Ledger, which was once the musician’s hometown rag. The paper has an interview with Viola, a prolific musician and producer who used the time off during the early days of the pandemic to record the new LP Godmuffin.

“I was actually in New York with Mandy Moore and the Dawes to play The Tonight Show when the pandemic hit,” he told the Ledger. “The virus numbers were so accelerated then that all the show’s staff went home before we taped the show. We were the first act to play ‘The Tonight Show’ without an audience, which was absolutely surreal. Then it was a case of getting the heck out of there and we were all lucky to be able to get flights back home. But we had been busy right up until it hit.”  Read more here.