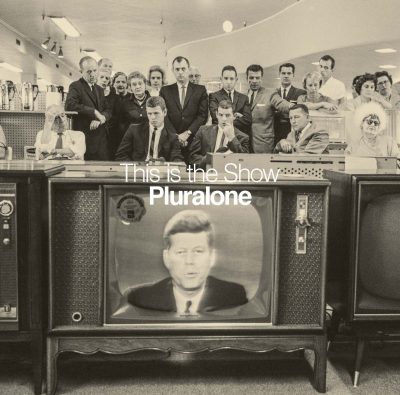 For the better part of the past two-plus years, Rock N Roll Hall of Famer Josh Klinghoffer (Red Hot Chili Peppers, Dot Hacker, Ataxia, Warpaint, etc.) has been creating. He released his first solo album, To Be One With You, under the Pluralone moniker in late 2019 to plaudits and landed an opening slot on Pearl Jam’s Gigaton world tour. Then the pandemic struck. Instead of wondering and wallowing about missed opportunities, he did what he does best: write music. For the first time in years, Klinghoffer had time to himself to ruminate, write and record. He released an EP, a 7” single, and another solo full-length with I Don’t Feel Well. He also co-wrote and performed  on Eddie Vedder’s #1 selling album Earthling. Now, he’s releasing his third Pluralone album, This Is The Show, while announcing the rescheduled dates with Pearl Jam in May and September of this year.

A student of history, Klinghoffer channeled the thematic anxieties of modern times and the tension of the post-World War II era, dotting references to interpersonal relationships throughout. Yet, at its core, the album is the mark of the friendship and creative chemistry between Klinghoffer and his Dot Hacker bandmate Clint Walsh, who he initially met while playing in Gnarls Barkley. Klinghoffer sent the ten new songs that make up This Is the Show to Walsh, who worked on the tracks whenever he could. Bouncing between respective projects allowed the time necessary for the songs and partnership to gestate and allowed for Klinghoffer to let go of the songs while Walsh enhanced them musically. As an artist who’s yearning for closeness and connection, Klinghoffer found the perfect collaborator with Walsh, allowing him to see his songs bloom in a new way. For Klinghoffer, This Is the Show is his most successful project he’s ever done, as it serves as a document of his personal growth.