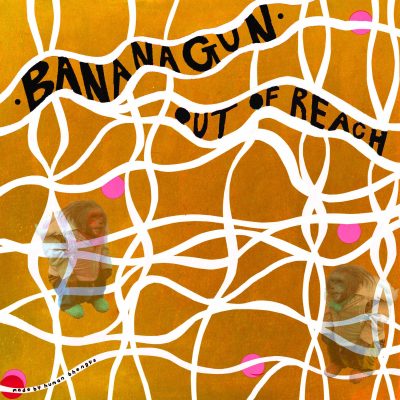 There’s an enticing lost world exoticism to the music of Bananagun, the Melbourne-based five piece. It’s the sort of stuff that could’ve come from a dusty record crate of hidden gems; yet as the punchy, colorfully vibrant pair of sold-out introductory singles “Do Yeah” and Out of Reach” proved, the band are no revivalists. On debut album The True Story of Bananagun, they made a giant leap forward with their outward-looking blend of global tropical psychedelia. Following the release of the critically-acclaimed debut album The True Story of Bananagun, the band gave Maston (Trouble in Mind records, Jacco Gardner) free reign to turn album highlight “Out of Reach” inside out. And he delivered!

Maston’s mix of “Out of Reach” slows things down to an easy pace, enabling the original’s rich melodies to sit at the forefront, resulting in an endless earworm. According to bandleader Nick Van Bakel, “We thought Frank Maston would be good for the job because we liked his albums and you can tell from listening to them he knows his way around a mix, and also I like his style, seemed like a like-minded fellow. We weren’t expecting it to sound so sexy, in a mellow Stax/Motown way. I like it. We’ve heard that song so much now so it’s cool having this new sensual spin. I’m sure we’ve never met but have mutual friends. I got in touch via email, it was all easy going. Frank’s real enthusiastic and into it, it’s always such a pleasure working with people like that!”