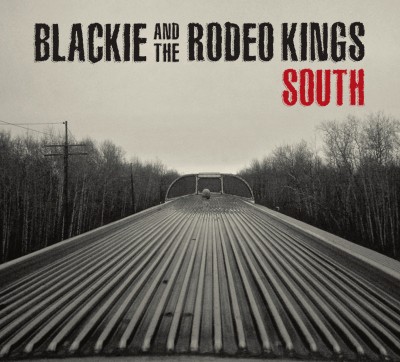 Blackie & the Rodeo Kings’ most confident release yet is here! The new album, South, is an homage to their Nashville recording session with some of the finest roots-inspired music of all of North America. The critically acclaimed Canadian roots trio consists of Colin Linde (The Band, Bob Dylan, Bruce Cockburn), Stephen Fearing (multiple Juno award winner), and Tom Wilson (Junkhouse, Lee Harvey Osmond). AllMusic describes the trio as, “one of Canada’s leading roots rock acts…a collaboration between three well-respected blues, folk, and rock musicians.” On South, the band go back to basics; inspired by the unplugged sessions they would play in tents whenever their festival sets would be rained out. Despite the fact that South has no electric guitar, the album still holds a powerful depth. Songs like “I’m Still Loving You” feature long periods of guitar playing that show the power and strength of Blackie and the Rodeo King’s musical dexterity. The guitar picking and strums are mixed with soulful lyrics that give the album a down south feel. “North” and “South” reflect this confidence and depth both lyrically and rhythmically. The album is an integration of blues, country, and rock that sounds Nashville born and bred.