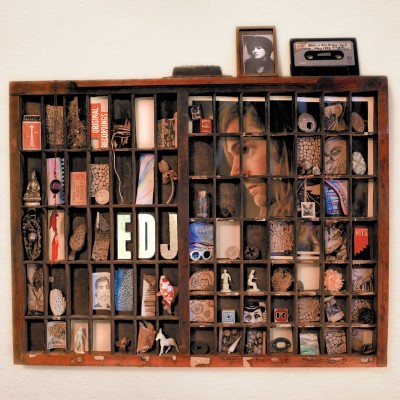 Eric D. Johnson is perhaps best known for his work as the frontman and only permanent member of The Fruit Bats, whose last two albums hit #1 at CMJ. Now, moving forward from The Fruit Bats and from numerous collaborations with the likes of The Shins, Vetiver, and Califone, Johnson is back with his solo project, EDJ. Seeking inspiration from Portland to Joshua Tree, EDJ veers away from the signature, upbeat songs of Johnson’s former musical projects. Filled with suspended chords and major sevenths, EDJ is driven by a pervasive emotional ambiguity, created both by Johnson’s virtuosic songwriting and the instrumental atmosphere of the album.

Eric D. Johnson calls this batch of tracks “melancholy grooves and existential make-out songs,” but EDJ’s self-titled release is, more than anything, about storytelling. With the help of Yellowbird members Sam Cohen, Brian Kantor, and Josh Kaufman, and various contributions from James Mercer of The Shins, Tim Rutili of Califone, and Andy Cabic of Vetiver, Eric Johnson has crafted what may prove to be his most zealous and sophisticated release to date. For a quick listen, you can listen to KCRW‘s preview of EDJ‘s solo debut here – Be sure to give the album a listen and support Eric D. Johnson‘s latest!