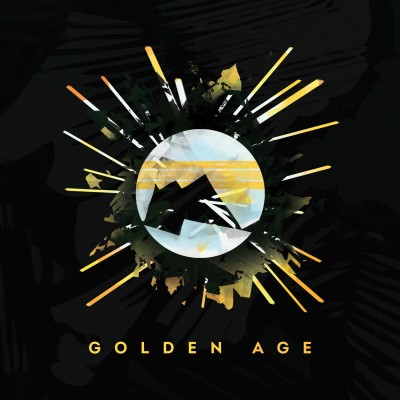 With songs that range from ebullient arena anthems to dark, electronic infused ballads, The Electric Sons’ world is a high-energy kaleidoscope of imaginative lyrics and infectious hooks that will leave audiences dancing and dreaming. The band got its start when vocalist/frontman Andrew Miller and keyboardist/producer Ben Richards were assigned to write together as part of a music theory class, and, according to Miller, “Everything clicked. A year or so later, we were doing festivals.” Joined now by bassist Chris Ziegler, the band has performed with groups like Passion Pit and St. Lucia and has been praised by American Songwriter, Indie Shuffle, and The Kollection for their modern and infectious synth-powered indie pop. The Golden Age EP is the band’s third release, and Richards says it’s “the most complete version of ourselves so far.”

According to Richards, “The EP has this blend of dark and light, natural and unnatural sounds. We’ve always tried to write songs that balance those elements.” This balance is on display in full force on “Into the Night,” a simmering electro track with an explosive chorus, and “Tell Me What to Say,” a mid-tempo number that reveals itself slowly with cascading hooks that unfold gradually and gracefully. “Reappear,” a collaboration with boy-girl electropop duo Scavenger Hunt, continues the record’s streak of massive and transcendent pop moments, leading to “Burn Like a Sunset,” a rolling, pensive, and vulnerable ballad. Concluding the EP is “Golden Age,” an affirmation that ties everything together with an optimistic lyric (“Don’t hold back, we’re living in a Golden Age”) and a delightfully understated instrumental hook. Full of a raw, natural energy, Golden Age is a breathy blend of The Electric Sons’ eclectic influences and bright pop sensibilities.

As a bonus, the band has included a download of their 2014 release Chromaesthesia with the digital servicing of the new EP.

“The crisp, on-point vocals effortlessly soar above and around the electrifying backdrop… This ‘two-headed music machine’ might just be the first big electronic phenomenon to emerge from the South.”
-Indie Shuffle

“Be proud that you’ve discovered The Electric Sons before the rest of the world does (which shouldn’t take too long), and embrace the electronic ecstasy that they consistently provide with each song.”
-HillyDilly