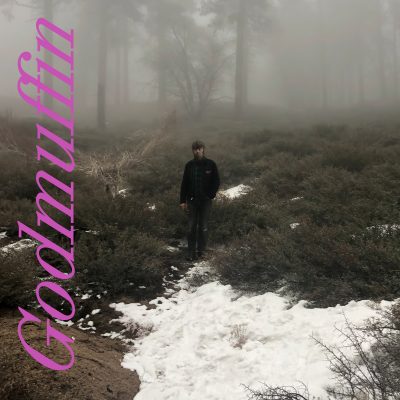 Mike Viola’s Godmuffin follows Viola’s 2018 album The American Egypt, and it is his return after more than a decade to the more conventional rock and pop sound that he first broke through with as front man of The Candy Butchers during that band’s string of major label records in the late-90s to mid-2000s. Perhaps best known as the lead vocalist on the title song of the megahit film That Thing You Do!, the Grammy®-nominated artist has also contributed to the soundtracks of Get Him To The Greek and Walk Hard: The Dewey Cox Story and has done production work for Panic! At The Disco, Mandy Moore, Jenny Lewis, J.S. Ondara, Matt Nathanson, Fall Out Boy, and more. Recorded on half-inch tape and mixed on a vintage Auditronics console without the advantage of digital editing, the new LP was made during the early months of the global epidemic of 2020/21 and finds Viola exploring themes of fatherhood; rock n roll nostalgia; and the tragic passing of his longtime friend Adam Schlesinger, the Fountains of Wayne frontman and That Thing You Do! songwriter who succumbed to COVID-19 last April.

Schlesinger’s death is felt on Godmuffin, yet somehow Viola makes it sound beautiful. “I wrote ‘Creeper’ the morning I got the news my close friend died,” he says. “He was my age. Now he can’t make music. I still can.” In no way, however, is the album maudlin. Lead single “Drug Rug” is an “ode to classic rock” that takes a sardonic look on what Viola calls his “icy days in NYC, when the drugs of choice were recreational psychedelics and narcotics.” Elsewhere on Godmuffin, Viola sings about being a teenager (“USA Up All Night”) and about being the father of teenagers (“The Littles,” “Ordinary Girl”), and he even offers up a sequel (“Superkid II, Trying To Do The Thing I Was Born To Do”) to a previously-released song about being a teenager. Like a teenager, the record is “youthful in the chances it takes,” Viola explains. “It doesn’t give a fuck.” It’s also notably rough around the edges, by design. “On the computer,” Viola says, “you can repair all of your mistakes ‘til you sound perfect. Or even worse, tune or beat detective the life out of it. I prefer rock music that’s beautifully flawed.”

“Viola channels his preternatural gift for directness and warmth into a celebration of youth.”—Buzzbands

“Immensely rewarding – immediately accessible yet with a complexity that unfolds with each subsequent listen.”—Twangville