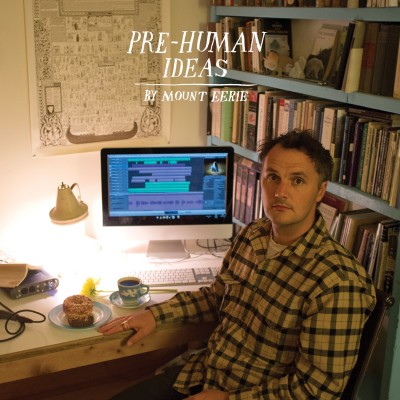 From Mount Eerie comes his latest album Pre-Human Ideas. The album is unusual is essentially auto-tuned versions of previously released Mount Eerie songs. The original songs mostly come from last year’s Clear Moon and Ocean Roar. On this album, the songs are recorded on a computer and include synthetic, digitally garbled voices. Originally, these tracks were meant as exploratory and instructional demos to teach the songs to various touring band mates. These versions kept growing, and here they are given new life in cascading walls of MIDI instruments and Phil Elverum’s voice digitally posing as a hoarse woman or a rough older man. The album will be released on vinyl, picture disc, and digitally only, with vinyl being limited to a 1000 pressings. Pre-Human Ideas proves there is no such thing as a difference between “nature” and “not nature,” it is all wild.