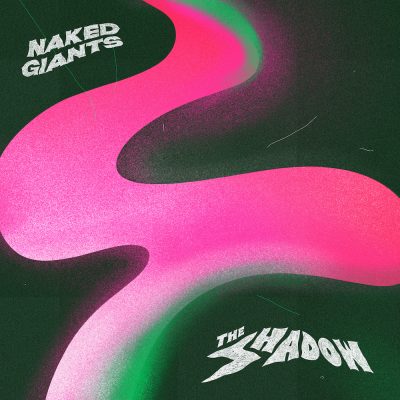 Seattle’s Naked Giants burst onto the national music scene with their 2018 full-length debut, ​SLUFF​, a candied and insanely catchy blast of unhinged pop-punk grunge surf rock.  ​The Shadow​, the band’s new and second studio effort, is a decidedly more—what’s the word?—mature offering. That is, if “mature” is the appropriate term for an album where one member is credited with playing a fun machine, and another merely with “charisma.” This is the extraordinary and eccentric world of Naked Giants. They might be older (average age: 23) and wiser, but the band members—singer and guitarist Grant Mullen, singer and bassist Gianni Aiello and drummer Henry LaVallee—are still out to conjure a rip-roaring good time. “It’s all about how many smiles can we crack on the people that are listening to this music,” LaVallee says by way of something like a mission statement. “And also on the people that are playing it.”

Cue up ​The Shadow​, and within a little more than the first five minutes you’ve already careened through the throttling “Walk of Doom,” a blitz of post-punk riffing, wastoid gang shouting and tom-heavy drumming; “High School (Don’t Like Them),” a singalong anthem for the disaffected with waves of ratty, distorted chords; and the taut, falsetto-flecked “Take a Chance,” a Talking Heads-esque funk-rock workout with bits of shimmery synth and lo-fi slide guitar riffing thrown in for good measure. To be sure, ​The Shadow is an energetic and exhilarating musical rollercoaster ride. But there’s also a whole lot more to it. Take “Turns Blue,” an ‘80s-tinged torch song that floats along on an undulating bass line and heavily reverberating dew-drop guitars before ​erupting in a soft explosion of pounding drums and harmonized “​na-na-na”s in the chorus. “The Ripper,” a slice of mellowed-out, dark-toned psych-folk that, in lines like “wash me away ‘til my color’s gone,” explores, as songwriter Aiello puts it, the “effects of Western cultural domination and colonization attitudes from the large scale onto the small scale.” Subject matter aside, the new LP reveals welcome layers to the trio’s sound. It includes wiry, slamming “(God Damn!) What I Am,” the heartfelt acoustic ballad like “Song for When You Sleep,” the junkyard-blues workout that is “Better Not Waste My Time,”  “Television,” a socially-conscious new wave jam.  And yet, ​The Shadow in part to producer Chris Funk, who got the band out of Seattle to work closely with him at his own ​Halfling Studios​ in Portland, Oregon. “We were pretty much isolated there for two weeks, which was different from ​SLUFF​, where we were recording in Seattle and going back and forth from our homes to the studio,” recalls Mullen of working with the Decemberists‘ multi-instrumentalist. “This time, we were totally immersed in the process.”

“While the Seattle trio has made a name for itself over the past couple years by being part of Car Seat Headrest’s live band, The Shadow proves Naked Giants stand tallest when following their own muse.” – Magnet Magazine

“Naked Giants follow one of the most exciting debut rock albums in recent memory, 2018’s SLUFF, with a fierce collection of unrestrained rock that bangs heads and gets songs stuck in them.” – Glide Magazine