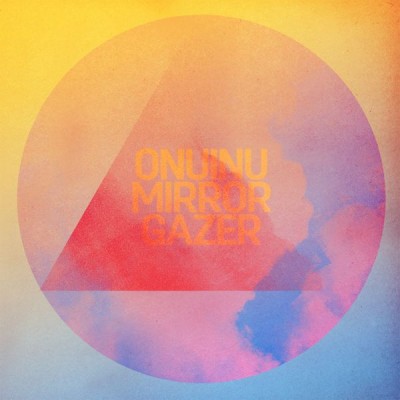 We are happy to introduce you to the new full-length album Mirror Gazer by Onuinu (pronounced “on-you-in-you”). The Portland-based artist speaks deftly about his sound, which at its core is a hodgepodge of electronic, hip-hop, house, and r&b. The gauzy mix all started with bedroom experiments on samplers and 8-track recorders. The tracks then found themselves on a cassette only release on Portland labelApes Tapes. After much local buzz, Onuinu took to the studio where he recorded part of the record at The Auditorium – home to The Dandy Warhols. The resulting album, Mirror Gazer, draws listeners into a world of beat driven songs, surrounded by synth swirls and dawn-tinged melodies. Lately, Onuinu‘s Dorian Duvall has been spending his free time on the road, touring w/ Tycho and YACHT in the summer opening for Starf*cker this fall. Time called him one of “11 Great Bands You Don’t Know (But Should)” which you can read here. More recently Mirror Gazer was reviewed by Consequence of Sound, who called it a “formidable reason to take disco-hop seriously”, and described the album’s sound as “outer space” if you had “compress[ed] its vastness as much as possible, and churn[ed] it through beat and rhythm-making machines.” Websites ike Vice, Brooklyn Vegan, Paste, All Things Go, and Filter have also given their take on Onuinu‘s cosmic collection of beats & samples. Don’t miss out on this fantastically hypnagogic voyage.